In 2009 Ali started uploading short gaming clips to his YouTube channel and now seven years later has over 13 million people subscribed to his 2 channels and in excess of 2.8 billion video views. Ali is one of the UK’s most popular and entities globally and is at the forefront of the online and YouTube revolution. He is the world’s number one Call of Duty YouTuber but is also partial to a spot of Pokemon hunting!

One of the world's most engaging SIMS 4 content creators Clare Siobhan leads a dedicated community of 'Peacharoonies'. Creating YouTube gaming videos since 2014 Clare now over 1.7 million subscribers on her own channel and also shares a popular channel with her fiancé Ali-A.

The one, the only, the back to back 93-94 Blockbuster Video Game Champion himself, Dr Disrespect. Check out the fastest growing online gaming community, built on the pillars of speed, momentum, and unstoppable gaming athleticism. He is simply the best.

Kevin De Bruyne, 28, from Belgium is considered one of the most complete footballers in the game. Playing central midfielder for Manchester City and the Belgian National team, De Bruyne is a key member of both squads as he helped Belgium to a third-place finish in the 2018 World Cup and was twice named Manchester City’s Player of the Year (2016, 2018). Most recently, De Bruyne became the fastest player in EPL history to reach 50 assists. When not on the pitch, De Bruyne enjoys spending time with his family or playing video games to relax or competing against friends.

Born to Congolese immigrants in Antwerp, Belgium, Inter Milan striker Romelu Lukaku possesses a story of both challenge and triumph. At age five, he vowed to play professional soccer by age 16 to provide a better life for his family. True to his word, Lukaku has played in two World Cups, going on to become the all-time record holder for goals scored for the Belgian national team. Off the field, Lukaku is just as intense of a gamer, considering himself an interactive entertainment aficionado with a variety of favorite consoles and games.

Castro is the largest FIFA streamer in the world, and has one of the best moustaches on the planet. Catch him streaming, raising money for charity, and being a one of the coolest guys on Twitch.

Mosaad Al-Dossary, known as MSDossary7, of Saudi Arabia is a professional FIFA player. One of the most skilled FIFA players in the world, MSDossary7 took home the FIFA eWorld Cup Grand Final and the Esports Player of the Year Award in 2018. The three-time FUT Champions Cup winner is the first Saudi electric league winner and is the only person in history to have won back-to-back Xbox World Championships in FIFA’s history. He is one of the most followed and watched FIFA players in the world, and his stardom is beginning to take off as he continues to dominate the e-sports world.

SkyRRoz is one of the most recognizable faces in the French gaming scene. Thanks to his eccentrics and constant fun, SkyRRoZ has gained the trust of millions of subscribers on his social media accounts in France. Proud creator of thousands of YouTube videos on many games and Twitch partner, SkyRRoz masters the art of the sniper on Call of Duty and other FPS games. This is going to be fun!

We live in a world of boredom, safety, and familiarity; most people walk on eggshells, afraid to color outside the lines. With Archonaut, you can rebel against the status-quo. You can witness unprecedented production quality and bask in the glory of the spiciest memes known to mankind.

Kephrii sets a new standard when it comes to clicking heads. Renowned for total FPS domination, you can catch Kephrii streaming competitive gameplay at the highest level.

Mae is a full-time variety stream from Los Angeles, CA. Mainly focusing on FPS games, Mae is all about streaming with the community, having fun, and sharing a passion for gaming.

Di3sel joined OpTic Gaming in 2006 as a competitive player but after the release of Modern Warfare 2, he stepped away from competitive gaming to focus on entertaining. Now he’s a full time variety streamer, whiskey lover & an Old Man of OpTic.

KayPea is a full time League of Legends Twitch streamer and Youtuber known for her self-deprecating humor, well-timed baron/dragon steals, and quick wits. She focuses on growing a multicultural and welcoming community by balancing being as interactive and positive as possible while still maintaining her quality mechanical gameplay.

Adept has had a passion for gaming her whole life with a main interest in FPS games. She now shares and broadcasts that passion with her community as a full-time streamer on Twitch. She has used and trusted Turtle Beach for nearly the past 10 years.

C6URTNEY, or also known as C6URT is a full time content creator partnered on Mixer. C6URT is passionate about gaming and fitness and strives to inspire her fellow gamers to live a healthier, more energetic lifestyle. She can commonly be found at the gym making a fool of herself, crying on stream playing horror games, and exclaiming "WHAT DO YOU MEEEAN?!" every time she dies in game. C6URT is a variety streamer, with two of her all time favourite games being Fallout 4 and Dying Light.

When you think of “Family FUN Time” the first thing that comes to mind is getting together with friends and family for a FUN console or board game.

That’s what the #1 Family Stream team FabuRocks represents. FabuDad having a race competition against Fabu, where she’s taking all the shortcuts and ends up winning the race by saying ‘WHO’s #1 IN THIS HOUSE?” and FabuMom saying: GG in the chat everyone… Who’s NEXT?

A truly unique experience that everyone wants to be part of.

New Orleans Pelicans guard, Josh Hart, recently finished his second season in the league, following a dominating performance in the NBA Summer League and 2018 NBA Summer League MVP honors. Hart began playing video games as a child but as he got older and his competitive nature grew, it also became a way to keep in touch with friends socially. To enhance his gaming experience, Hart has a personal gaming lounge, personalized by Turtle Beach, in his home. Hart’s favorite games include Fortnite, Madden, NBA 2K and Battlefield V. 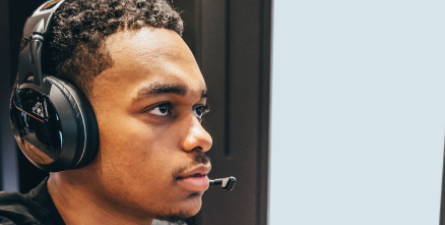 A former University of Kentucky standout, PJ Washington was selected 12th overall to the Charlotte Hornets in the 2019 NBA Draft . A Third-Team All American and First Team SEC honoree in his final season at Kentucky, Washington brings an impressive resume and skillset with him to the NBA. His favorite games are 2K, Fortnite, COD and The Division.

A former USC standout, Seattle-born Kevin Porter Jr. was selected 30th overall in the first round of the 2019 NBA Draft. Off the court, Porter games on his Xbox and plays NBA 2K, GTA, Fortnite, Apex, COD, FIFA and many others. Through this partnership with Turtle Beach, Porter will soon start his own Twitch account and elevate his gaming.

Los Angeles Chargers DE and Notre Dame alumni Isaac Rochell is one of the fastest rising stars in the NFL, poised to have a breakout season in 2019. When he isn’t grinding with the Bolts, you can catch Rochell rolling with his squad playing Fortnite.

COMPARE
You can compare 3 items at a time - please remove 1 to add a new item.
That item is already in the compare list.
Adding item to cart failed - please try again.
Network unavailable - Please check your connection and try again.